Gold option is slightly bigger and measures 8cms (unit fastened) by 3.5cms at the widest point.

Frogs and frogging became an important decorative feature on military uniforms from the 17th–19th centuries. This was particularly evident for prestigious regiments, especially cavalry or hussars, and gave rise to the German term for frogging in general, ‘Husarentressen’. These dolman jackets were tight-fitting and dominated by extensive frogging, often in luxurious materials such as metallic cording or brocades.

It’s thought that the term ‘frog’ comes from frock which originally meant a man’s overcoat and a type of smock for both men and women, and is a loanword derived from Old French ‘froc’ and Middle French ‘frocq.’ Hmm sounds like Frog?

There are no reviews yet.

Only logged in customers who have purchased this product may leave a review.

This 4mm cord is made from knitted polyester Great for drawstrings on bags or jackets As used in our best...

This is single-sided woven ribbon It is 38mm wide This Glittering Foliage ribbon has a sealed, cut edge and features... 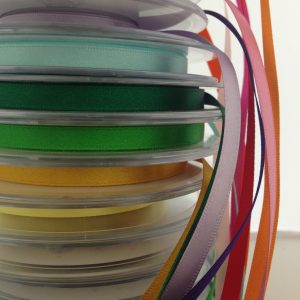 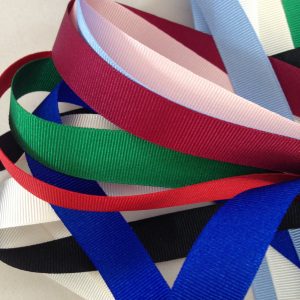 Grosgrain ribbon is characterised by its ribbed appearance. In weaving terms, the grosgrain weft yarn is heavier than the warp yarn,...

£0.55 – £1.50
Select options
We use cookies on our website to give you the most relevant experience by remembering your preferences and repeat visits. By clicking “Accept All”, you consent to the use of ALL the cookies. However, you may visit "Cookie Settings" to provide a controlled consent.
Cookie SettingsAccept All
Manage consent